September 28, 2020, 20:17
Loko starts in the Eurocup. In the first match, which will take place on September 30, the railroad will play at home against Antwerp Giants. Information about the opponent and comments of the main characters in the preview www.lokobasket.com. 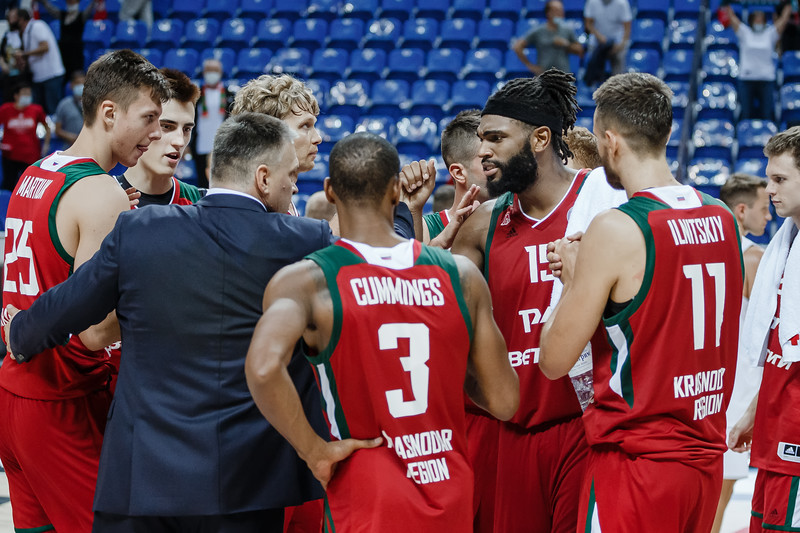 In the first match the red-green will play at home against Antwerp Giants. The training situation at Antwerp in the offseason was no easier than that in Loko. In early September, another outbreak of COVID-19 was recorded in Belgium and restrictions were re-introduced that affected many areas of life, including the training process of sports teams, which was suspended. Immediately after returning to training Antwerp managed to play a couple of friendly matches, in which they suffered two defeats. In the first game, the Giants lost to Bonn with a score of 70:77, and in the second game to Den Bosch from the neighboring Netherlands – 73:78. The Belgian Championship, due to the same country restrictions, will begin in early November!

Last season Antwerp took part in FIBA ​​Champions League. In the main round Christophe Begin’s team, who became head coach in June 2019, made their way through qualifying. Rivals in the regular season were quite strong clubs, including Hapoel Jerusalem, Burgos, AEK, Rasta Vechta, so Antwerp had no struggle to qualify from the group. Last place among eight teams with four wins in fourteen games.

Positive moment for the club last season it is victory in the Belgian Cup. In the final Antwerp beat Spiru Charleroi. The MVP is slovenian Luka Rupnik, who has already left team go to Nymburk.

One of the features of Antwerp last season was their wide roster with equal numbers. Nine players scored approximately equal points at once. So it’s even difficult to single out a couple of clear leaders, especially since several players left the club before the start of the new season. The backbone of the team remained in the person of David Dudzinski, Stephaun Branch, Ibrahima Fall Faye and Vincent Kesteloot. In the offseason strengthened by Kenneth Smith from Maccabi Haifa and Jalen Jenkins from Limburg. Kenneth Smith, as shown by Antwerp’s two friendlies, is the future leader of the team.

For Lokomotiv Kuban season 2020/21 will be the eighth in the history in Eurocup. In 2013 the team won the trophy and in the 2017/18 season reached the finals, setting the legendary tournament record streak of twenty consecutive victories. Antwerp will play in Eurocup for the second time in the modern history of the tournament. For the last ten seasons the Belgians have played in european tournaments under the auspices of FIBA.

Antwerp is a dangerous team, with a good selection of players. In addition, we have very little information, since they played only two friendly matches and have not yet started their championship. Obviously, the team's engine is Kenneth Smith, who will accelerate attacks in the new season. There are also have a few good players, a lot of snipers, and the game goes through pick-and-rolls. We need to stop their rapid breakouts, control the rebound. We must to close their players when they shoot from the perimetre, force them to play one-on-one, accompany each throw with resistance. We need to continue to play aggressively, move the ball in attack, use all the weaknesses of the opponent. We will play to win, no doubt!

I look forward to our opening match in the Eurocup. It's great that we will play the first game at home, with the support of our fans. The game against Antwerp is a serious challenge for us, as the opponents are very difficult. We will do everything to start the regular season with a victory!

The match Lokomotiv Kuban – Antwerp Giants will take place at the Basket Hall (Krasnodar, Prigorodnaya st., 24) on Wednesday September 30. If you were unable to come to the arena, you can watch the match by subscribing to Euroleague.tv, as well as on MATCH!TV channel. The broadcast starts at 19:25.

Information about the rival