Boxscore with a full stats, photography from the match, quotes of players and coaches you can find on the official site of EuroСup.

Loko confidently played the whole game, kept the required margin and advanced to the quarterfinals of EuroCup!

The price of any mistake in the match, in which the fate of the team leaving the Top 16 was decided, undoubtedly dominated Loko’s players. Because of this the game at the beginning of the match developed somewhat nervously in the performance of the hosts. The guests started the meeting with a small spurt, Gary Brown scored five points. After an accurate three-pointer by Kalnietis the red-greens settled on the court, and another long-range shot, this time from Williams-Goss, brought the hosts ahead. However, in the next attack of the guests JaCorey Williams equalized the score. Note that Williams did not receive proper resistance in the three-second zone in the first quarter and soon increased Trento’s advantage to six points. After Will Cummings and Stanislav Ilnitskiy entered the court, Loko’s defense began to act more confidently, but the guests continued to score, with rather difficult shots. Nevertheless, the red-greens managed not only to tied the score, but even to win the first quarter thanks to good teamwork. Cummings earned three free throws a second before the end of the first ten minutes and converted them confidently – 27:20. 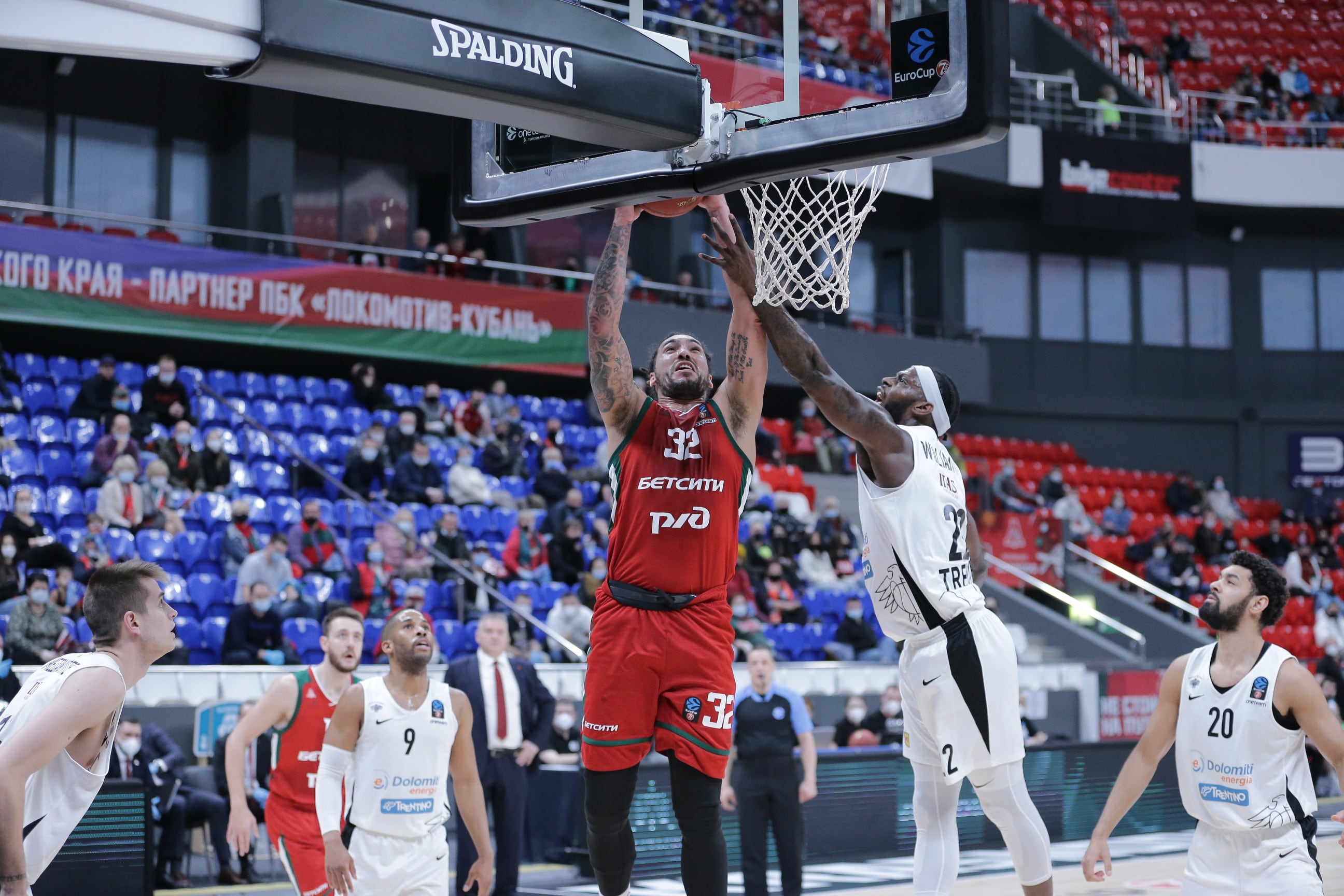 Loko’s players were again unable to calmly complete attacks in the first minutes of the quarter. Perhaps, only Kalnietis and Kuzminskas kept calm – their fast breaks and dunks charged the team and fans to the maximum! But the Italians’ game went wrong. By the big break Loko was sixteen points ahead of the opponent – 54:38. Kuzminskas scored 17 points in the first half!

The fight is heating up

At the start of the second half Luke Maye caught the game at Trento, who played inexpressively in the first two quarters. Together with Williams they managed to cut to ten points. Mantas Kalnietis at once with his balanced decisions returned the team’s confidence. The score before the decisive ten-minute is 76:66 in favor of Loko. 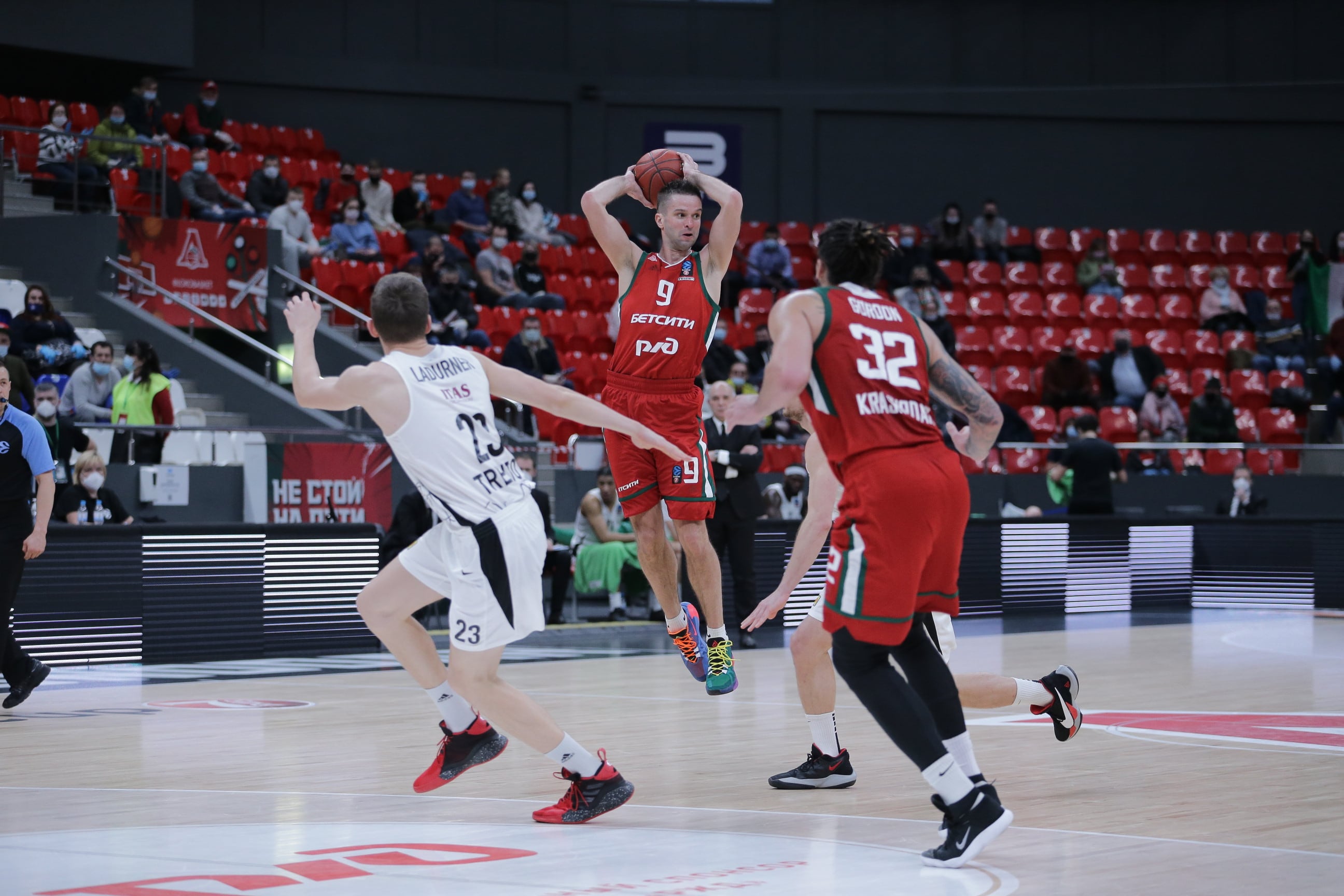 From the very first seconds of the quarter Loko began to show the game that fans expect – confident and powerful. In two and a half minutes the team increased the difference to nineteen points and forced Emanuele Molin to take a time out. After a minute’s pause Gordon made a spectacular block to Ladurner, but Victor Sanders scored a three-pointer. Trento was not even going to give up. Kuzminskas and Kalnietis demonstrated an amazing game, but the guests had their own battering ram (Williams), which continued to score points in the paint. And when the other players got involved Trento returned ten points behind. Evgeny Pashutin took a time-out to set the team up for the decisive minutes of the match. The last two minutes were played in the best traditions of real thrillers, but Loko was good and deservedly won the match with the necessary margin -100:86. The team managed to reach the quarterfinals and continue to fight for the EuroCup!

Full match statistics are available on the official EuroCup website at the link.