Loko lost to Virtus Bologna in the battle for first place

November 11, 21:17
The Red-Greens could not stand the rival's pressure in the fourth quarter and lost their second match in the EuroCup.

The guests were a little more active at the start, thanks to the efforts of Amedeo Tessitori, but from the middle of the quarter Loko caught the game rhythm and managed to overtake the opponent quite quickly. Stanislav Ilnitskiy and Alan Williams were especially noticeable.

The match was fully consistent with the battle for the first place in the group! A lot of emotions, tension and equal score. In the last minute of the quarter Milos Teodosic scored six points in a row, demonstrating his leadership qualities. The first quarter ended with the score 22:27 in favor of the guests. 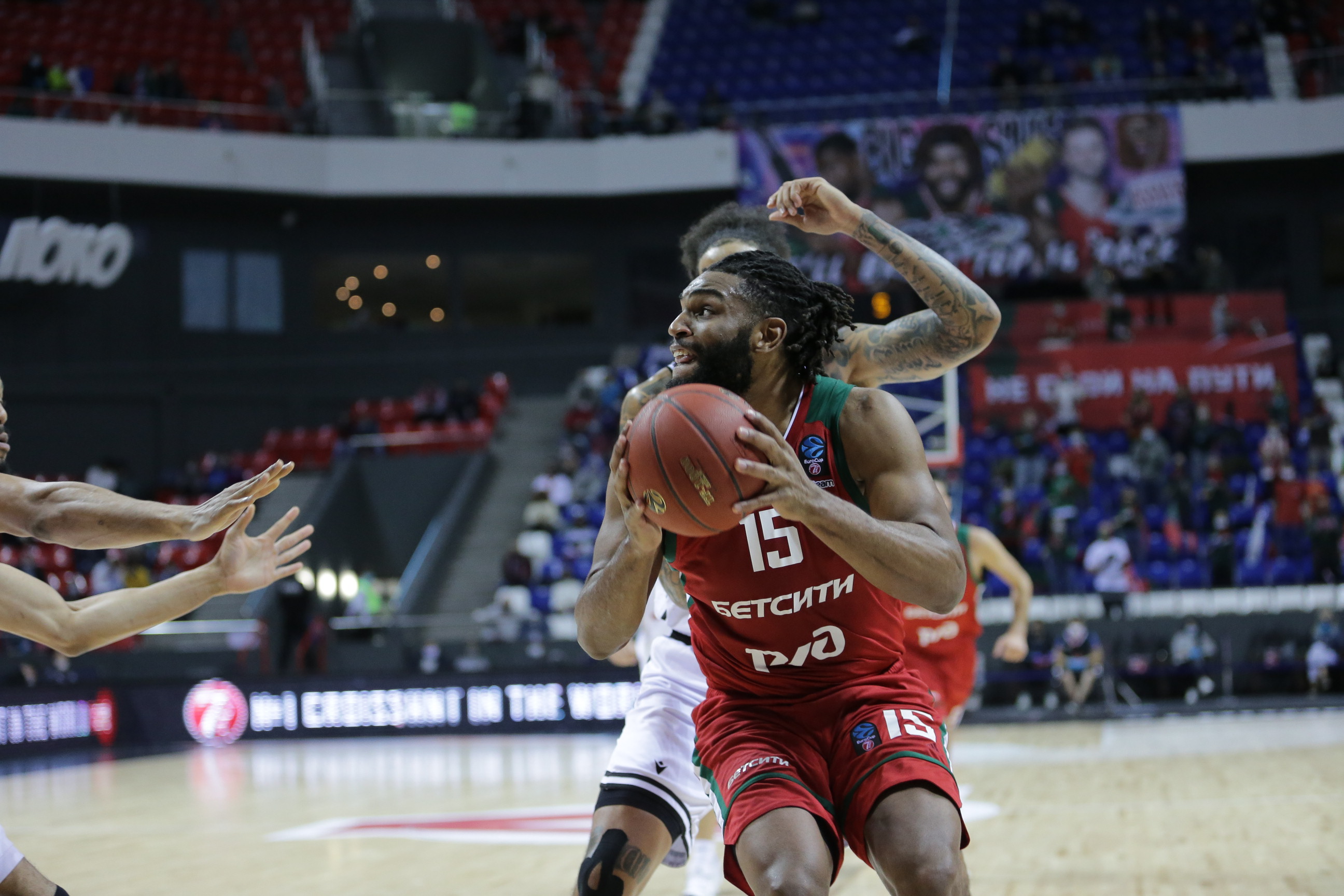 The second quarter began with a series of free kicks from the guests and an accurate three-pointer from Hervey. The opponents exchanged successful attacks, but the difference in the score did not change. The first time-out in the quarter was taken by the guests’ head coach Sasha Djordjevic. After a minute’s pause, Teodosic threw another ‘and one’ and the Loko players kept trying to find gaps in the opponent’s massive zone defense… And they did! Two accurate three-pointers Hervey and Kalnietis equalized the score in the match and forced Djordjevic to take a second time-out. Just before the end of the second quarter Tessitori scored a three-pointer and the teams went to the half time with the score 44:49.

Fire after the half time

Like in the game in Bologna Loko started the second half very hard. The guests’ advantage increased to ten points… The Red-Greens could not score more than three and a half minutes. Will Cummings still managed to realize a long-range shot and reduce the score difference to seven points. Loko began to play more aggressively in defense, the Italians stopped receiving free zones, the situation began to improve. After the three-point Hervey the difference was reduced to two points, after which the guests took a time-out. Evgeny Pashutin made his own changes to the team’s game and after a minute’s pause Loko immediately played great defense twice and Hervey scored another accurate long-range throw – 55:54! Now the guests ‘offensive play has already ceased, which is the direct merit of the hosts’ tough play under their board. Loko, in turn, was unstoppable. At least in the third quarter. Before the decisive ten-minute, the hosts were leading 68:65.

The beginning of the fourth quarter was also left for the guests. Milos Teodosic was determined to play the best match of the season and Loko’s defense did not have any arguments to object to this – 0: 8 in three and a half minutes of the quarter. Crawford broke the silence with an accurate three-pointer. The game became very careful, the attacks lost their accuracy and concentration on the decisive minutes came to the fore. Only Teodosic scored or from Teodosic’s passes. Two minutes before the end of the game Evgeny Pashutin took a time-out with the score 75:81, because Loko found itself in a very difficult situation. Unfortunately, there was not enough strength to chase – the victory of Virtus Bologna with the score 83:89.