In the opening match of the Top 16 Loko could count on almost a full roster for the first time in a month! Kevin Hervey and Grigory Motovilov were included to the roster for the game. Mantas Kalnietis, Mindaugas Kuzminskas, Reggie Lynch, Andrei Martiuk and Jordan Crawford entered the start.

In the first full-fledged attack Loko scored a three-pointer – Kuzminskas did his best. The guests answered with a jerk 8:0, at the expense of two players – Vitalis Chikoko and Archie Goodwin. Crawford could not find the shot from the first minutes, but Lynch gaining his points from the three-second zone. However, there were no positive changes in Loko’s defense – in the middle of the quarter the head coach of the red-greens took a time-out with the score 9:16, after two accurate hits by Bastien Pinault, without the slightest hint of resistance. Vladislav Emchenko and Kevin Hervey entered the court, Loko played more confidently, and Kev threw his first shot in the match from beyond the arc. Loko played the end of the quarter more efficiently than the opponents, but the teams was go to the break with a minimal advantage of Metropolitans 92 – 19:20. 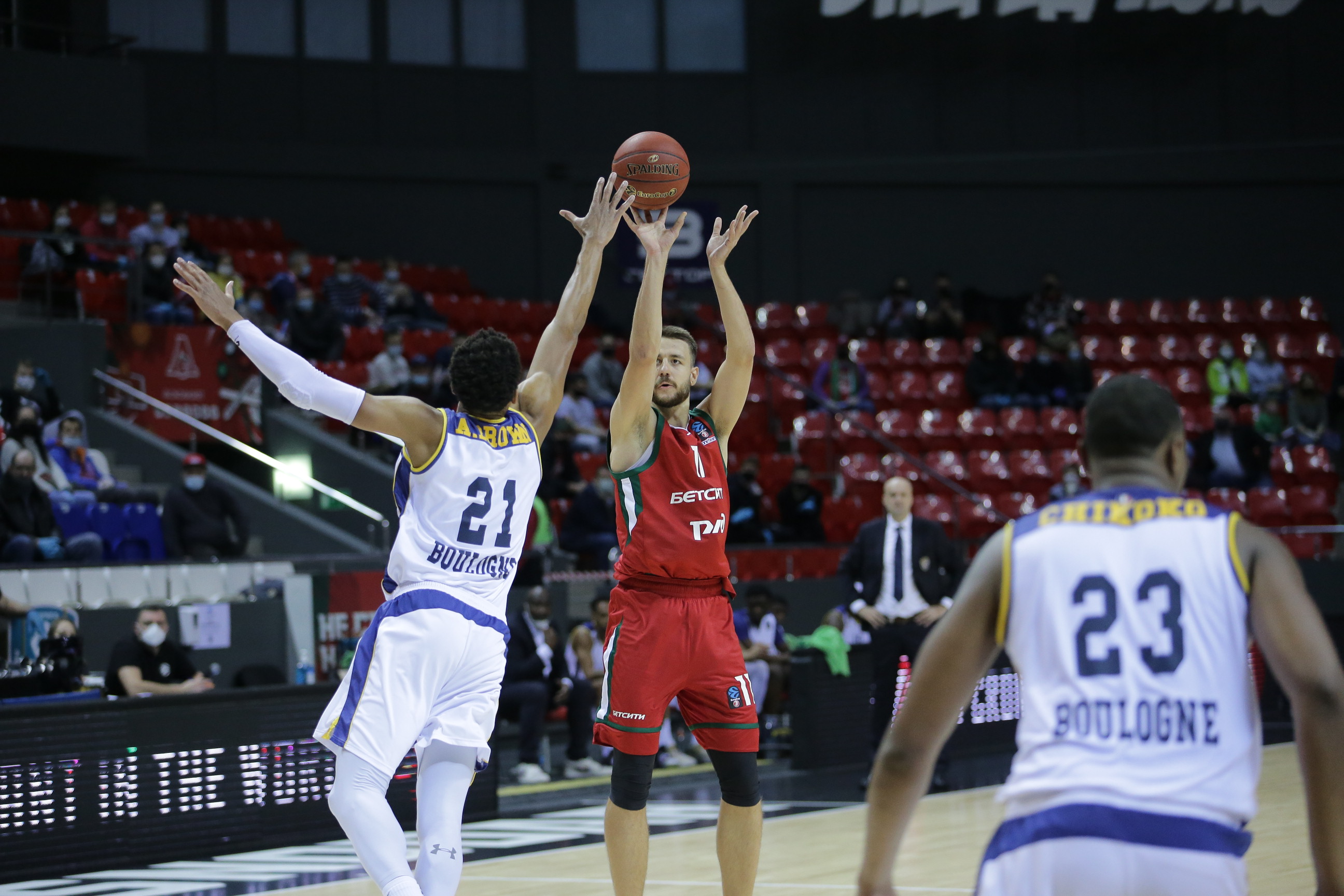 At the start of the second quarter Grigory Motovilov flew in a bright passage under the opponent’s hoop and converted the first shot, but did not score a free kick. But together with Stanislav Ilnitsky he fought for the rebound, won the ball, and the captain scored his three points in the same possession. The first two minutes passed under the sign of Loko – Lynch defended the board, and Ilnitsky scored “and one” in the next possession. Through the efforts of Goodwin and Michineau the guests remained in the game, but Loko clearly caught the game – Crawford and Lynch organized a beautiful alley-up in honor of this. The game is hard to find but very easy to lose. So the French did not grieve for a long time, losing in the score by several possessions, because by the end of the quarter they had regained their leadership. Loko stopped scoring and started playing in defense as at the start of the first quarter. But the teams was go for the half time with a small advantage of Loko after Kuzminskas’s buzzer after the pass from Emchenko – 37:36.

The second half started quite effectively. The opponents quickly moved the ball, actively threw (and hit) from behind the arc, and also ran away with pleasure in fast breaks. Especially the precise three-pointers of Hervey and Kalnietis warmed up the atmosphere in the stands. It’s hard to believe, but Jordan Crawford scored his first shot in the game only in the second half of the third quarter. It was at this moment that Loko tried to break away from the opponent. Pinault, who stopped the hosts’ run with two precise throws in a row, puffed for the guests. But Hervey had the last word in the third quarter – 59:54 before the decisive ten-minute.

Loko lost everything that was acquired by such labor in a few minutes of the fourth quarter. The French played confidently, but the red-greens again stopped throwing. It became clear that the team with more steely nerves would become the winner of the match. In the middle of the quarter Metropolitan 92 stepped forward minimally and the price of not only each attack, but each defense was worth its weight in gold. Unfortunately, it was the home team, who were less prepared for this course of events. Hasty shots and turnovers, in fact, made Loko’s life as difficult as possible even before the clutch time began. Crawford find his shot too late and Hervey missed two free throws. The tactic of a quick foul in the end did not bring any results – the guests took free throws without misses. Victory for Metropolitans 92 79:83.
Full statistics of the match can be found on the official website of the Eurocup by the link.
Share with Friends:
Vkontakte
Facebook
Twitter
We use cookies files to make our website interesting for you. Learn more.