Loko have loss in Trento

January 20, 2021, 23:51
The red-greens were very close to a flamboyant return to the game after a disastrous first half, but still Trento were solid in the end and Loko lost second game in a row in the EuroCup Top 16.

Stunning start of the hosts

Before the game against Loko the Italians lost six matches in a row, so in the opening minutes Trento was very active, trying to rehabilitate themselves for previous failures. The match began with a jerk of the hosts 8:2. Kalnietis and Lynch seemed to have managed to respond with accurate throws, but after Luke Maye’s individual actions Loko lost 6:14 and Evgeny Pashutin took the first time out in a match to bring the team back into play. The main concerns were caused by the game on the boards, where the Italians looked much more confident in the first minutes. Although the shots did not go well either, but Trento did it. Two minutes before the end of the quarter Cummings scored the first three-pointer for Loko in the match, but Ladurner and Maye, and then the completely free from the arc Brown increased the hosts’ advantage to a critical seventeen points – 10:27. The second time-out calmed the defense down a bit and the teams left for the first break after Kuzminskas’ precise free throws – 12:27. 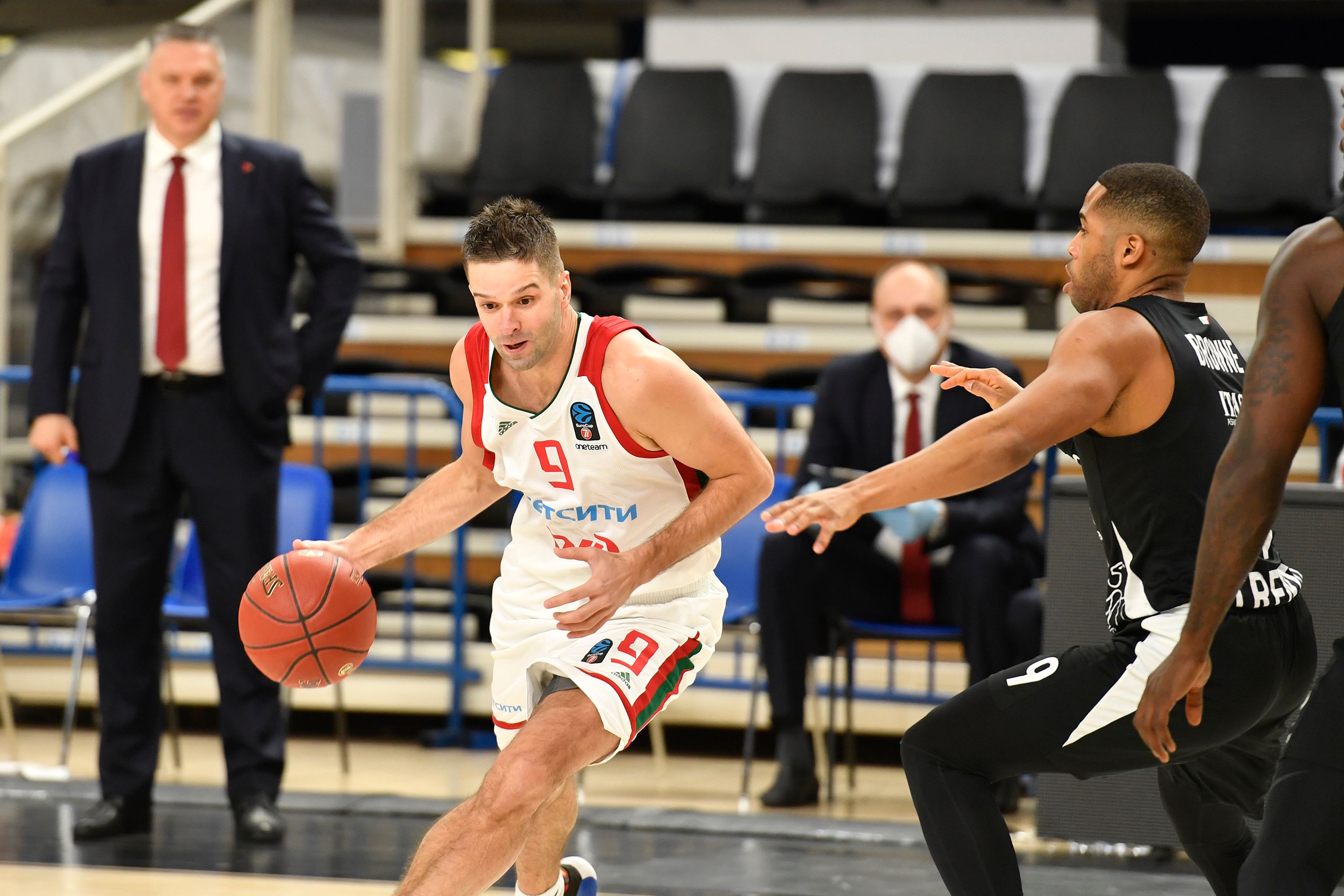 One and a half minutes after the start of the second quarter Loko were already losing more than twenty points. JaCorey Williams did whatever he wanted in the paint. On the positive side, we can only note three-pointer from Motovilov and good lay-up from Ilnitskiy. All positive destroyed two Morgan’s three-pointers in a row, which increased the advantage of the Italians to twenty-four points. Center of Trento Williams has been like Alan Williams in his best games. It’s a pity, that this Williams did not play for Loko in this match. A bit of optimism was added by Crawford and Hervey, who scored several shots in a row, but it was just a drop in the ocean, with a score difference of more than twenty points. If we briefly describe everything that happened on the court in the first twenty minutes, we can highlight in bold letters 9 out of 17 three-pointers and 14 out of 17 two-pointers from the Trento. Home team players threw any balls. With and without resistance. 82.3% average throws. Such first halves happen once a season, which in no way justifies Loko’s defense, of course. After the second quarter the red-greens were behind 39:61.

Return to the game

Loko started the second half with the great energy. The defense looked more confident, the offense too, but the hosts managed to implement the most difficult shots over and over again, and continued to dominate under the boards. The red-greens managed to win back more than ten points in five minutes, but Brown scoring another three-point shot through the hands. Nonetheless, Loko started playing team basketball, the coaching staff managed to keep the players in the game and the guests won the third quarter 32:13, reducing the gap just to three points – 71:74. 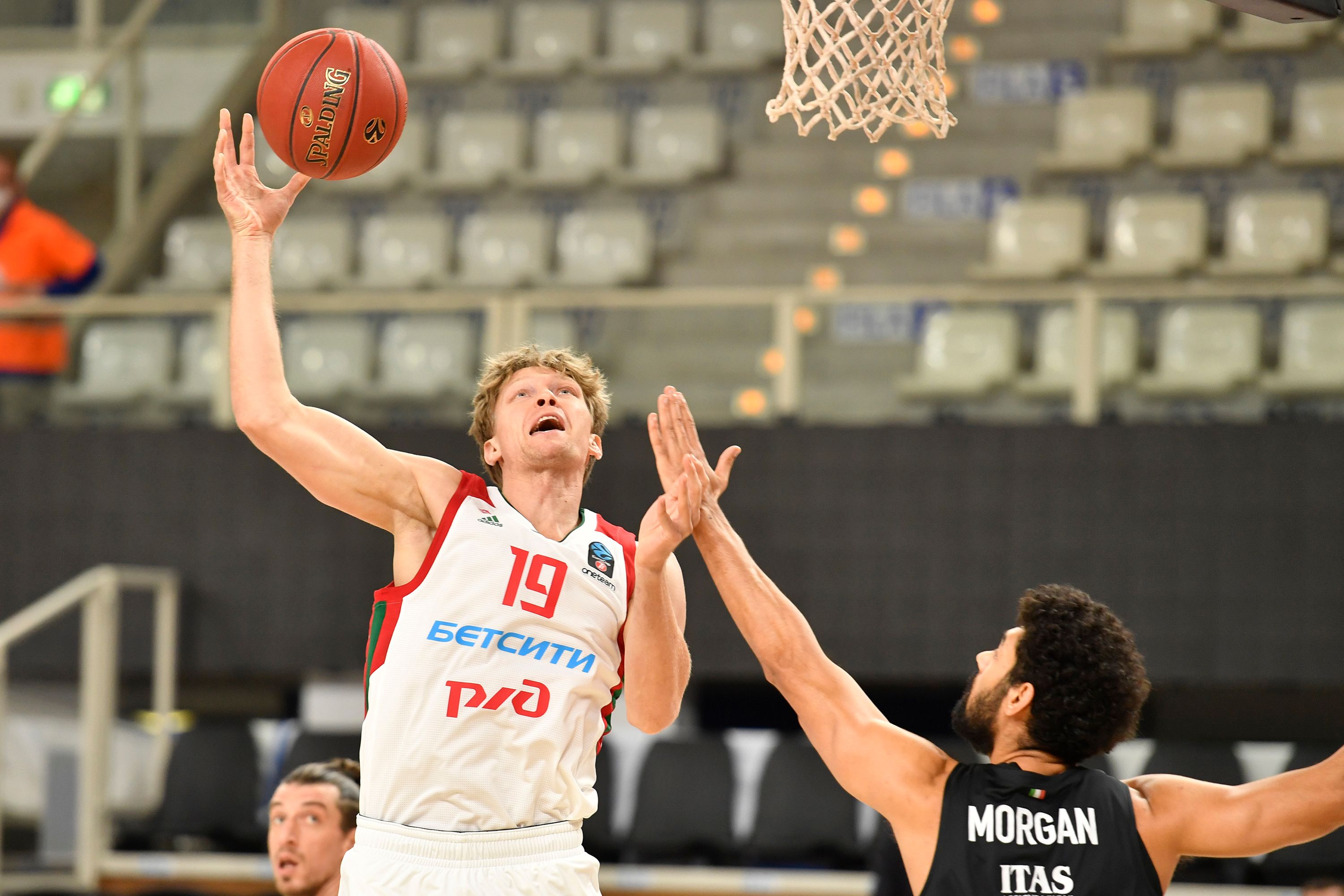 Loko continued to build momentum, but at a very important moment the guests stopped throwing well. The price of each point was worth its weight in gold, but Loko could not even convert two free throws in a row. Ilnitskiy score the three-pointer and reduced the difference to one shot. The tension began to build up, and many players began to lose their nerves. At such a moment, nerves and the ability to maintain concentration until the very last seconds come into the first place. Psychologically stronger in this match were the Trento players. With the score 81:85, three minutes before the end of the match, Loko missed three times from behind the arc, and Luke Maye scored 7 points in a row and summed up the game.

Loko was very close to a comeback, but still lost on the road with a score of 84:96.

Full stats of the match in Trento is available on the official Eurocup website at the link.