January 27, 2021, 21:16
In a tough match Loko confidently played the fourth quarter and get first victory in the Top 16 of the EuroCup.

Drew Gordon hadn’t gone through all the formalities yet, so he was a fan in this game. Rashon Thomas, the leader of Partizan, could not take part in the match, and the Serbs decided to part ways with another key player, Codie Miller-Mcintyre.

Mantas Kalnietis, Stanislav Ilnitskiy, Reggie Lynch, Sergey Dolinin and Jordan Crawford entered the start of Loko. For Sergei this was the first game in starting five in the main team this season!

The first quarter started with two accurate shots of Kalnietis, but Partizan did not lag behind – Jaramaz and Mosley was show their skills. Crawford scored five points in a row. The guests tried to press exclusively through the three-second zone, even in the absence of Thomas. The captain of Partizan Novica Velickovic scored seven points from the paint in a couple of minutes. By the middle of the quarter Loko added in defense and the guests began to have difficulties, which materialized in a 7: 0 run and Saso Filipovski’s first time-out with the score 18:14. Valerii Kalinov, who fought against the powerful Nikola Jankovic, added energy to the defense. At the end of the quarter Valerii opened the scoring for his points in the EuroCup and the teams go for the break when the score 19:17. 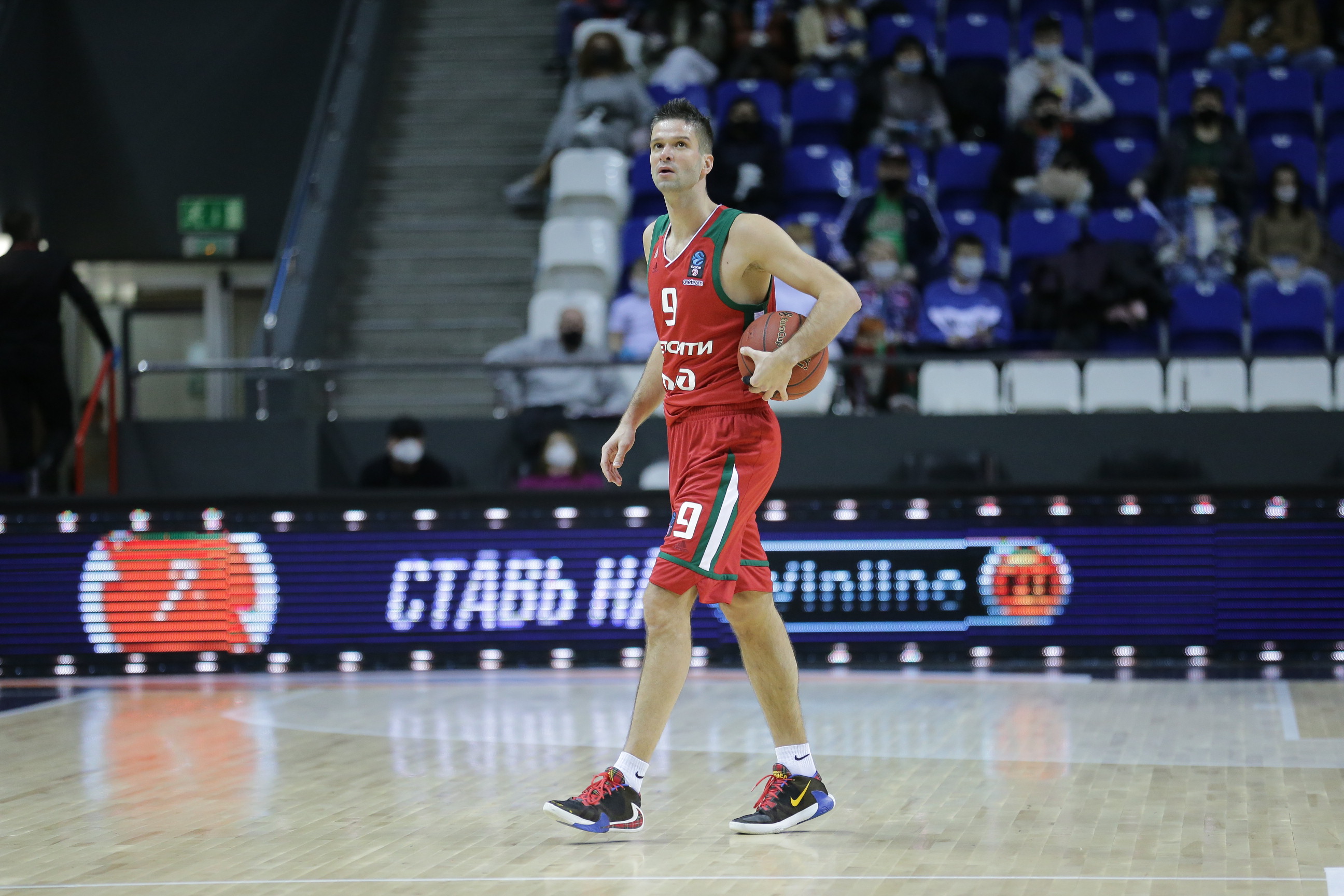 At the start of the second quarter Grigory Motovilov made a good lay-up. Lynch acted very confidently, both on defense and in offense, conveying this confidence to his partners. However, already in the middle of the quarter center Loko received the third foul and had to sit down to rest. But Crawford did not stop, who felt the throw. Kalinov’s first accurate shot from the field was not long in coming. Crawford will continue to gain momentum, Kalnietis also played with inspiration, and Loko’s advantage reached eleven points. Closer to the end of the quarter the guests managed to get back into the game a little, but Loko continued to lead – 37:30. Loko conceded only 13 points in the second quarter! 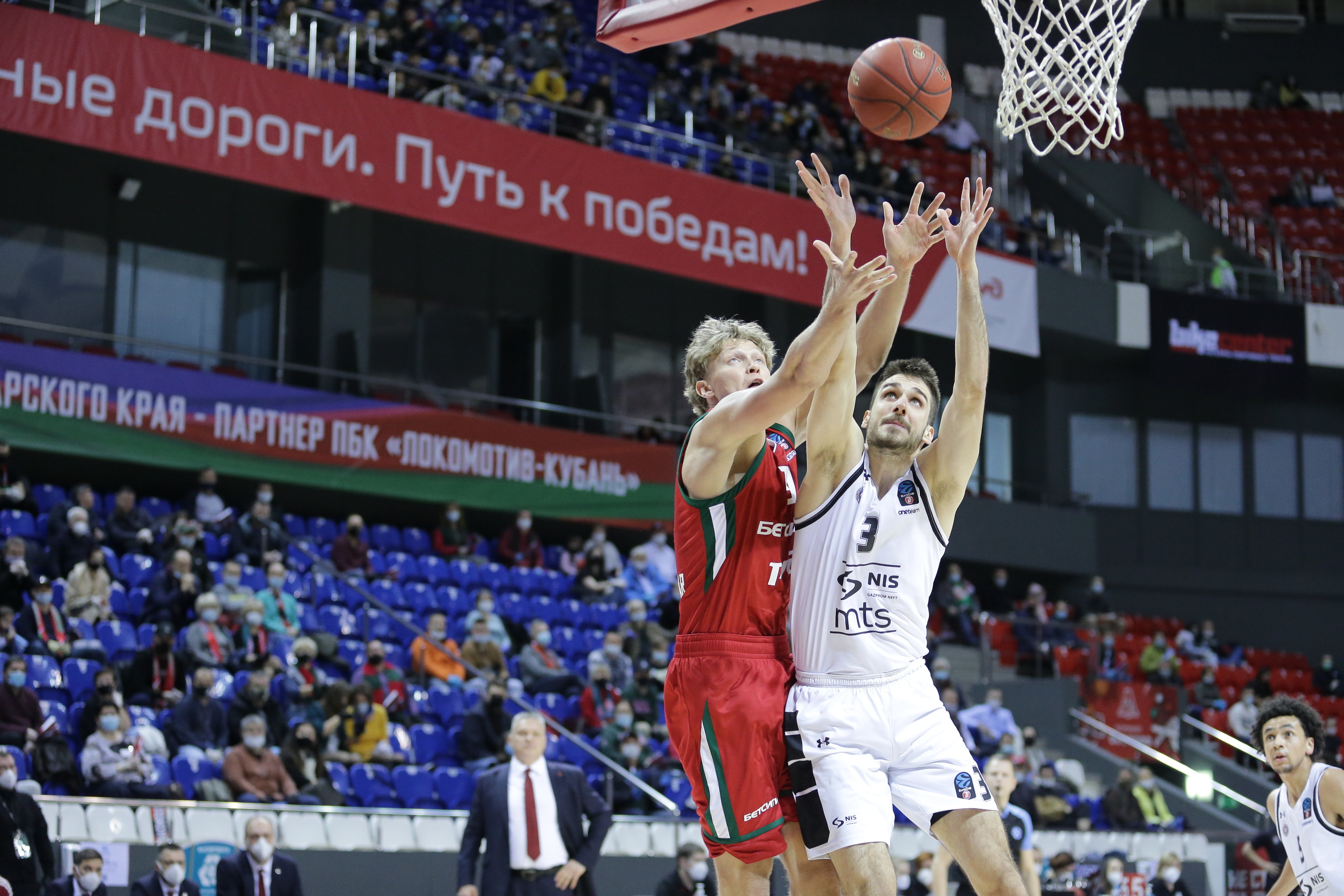 In the second half Partizan came out more collected and after a couple of minutes Marcus Paige have athother 3pt shot and tied the score, after which Evgeny Pashutin took a time-out to bring the team back to the leadership. The guests played very confidently, while Loko returned to its old difficulties with hasty shots and overly individual play. Jankovic confidently pushed through Loko’s defense and scored light points in the paint. By the end of the quarter there was no optimism from the team’s game in the first half, as the match began to develop according to the guests’ scenario. In a difficult moment came to the rescue Lynch’s block, an unsportsmanlike Partizan foul and Cummings’ 3pt shot, but Loko’s advantage over the decisive quarter was only five points – 54:49. 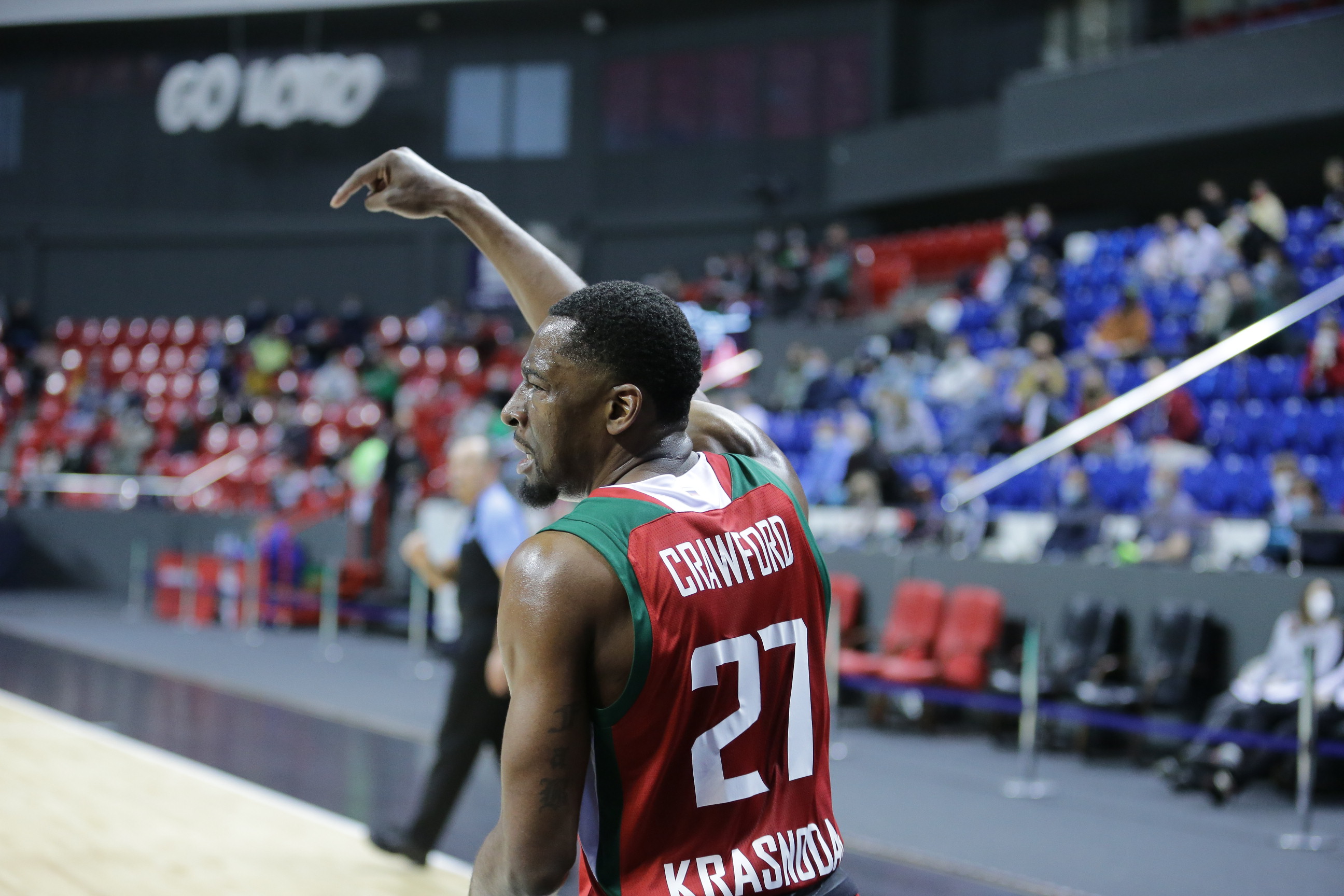 The players and the coach had something to talk about during a short break. This can be judged by the attitude of Loko, with which the team advanced to the fourth quarter. Loko made a run 6-0 and looked very good. The whole team began to play, the players stopped pulling the blanket over themselves, the necessary movement of the ball appeared and things began to improve. The Serbs were not even going to give up with a three three-pointers in a row from Velickovic and Jaramaz. And again a minute break – the atmosphere was heated to the limit. The shots of Mindaugas Kuzminskas flew very on time and answered the Serbs with his hits, again increasing the difference to ten points. Loko avoided a nervous ending and confidently brought matters to the first victory in the Top 16 EuroCup with a score of 74:67.

Full game stats are available on the official EuroCup website at the link.