Loko beats UNICS and the battle will continue in Kazan

Looking for a game rhythm

Drew Gordon opened the scoring, but after a couple of attacks Okaro White and Jamar Smith brought the guests ahead. The beginning of the game promised an uncompromising struggle for all forty minutes. The guests felt a little more confident, because they who won the first match, but the red-greens could not immediately find the rhythm and did not score a few open shots. The situation was defused by Mantas Kalnietis, who scored two shots in a row and made a good pass to Will Cummings. The defense worked, especially with Reggie Lynch, who added energy and made a great blockshot to White. After two points from Andrei Martiuk Loko took the lead 15: 8, making a run 11: 0. Such a picture clearly did not suit Dimitris Priftis and the head coach of UNICS took the first time out of the match. A minute pause worked, and the Kazan team scored three three-point shots in a row! Remembering the last match, in which UNICS scored 19 long-range shots – nothing surprising. The first quarter ended in favor of the guests with a score of 19:20. 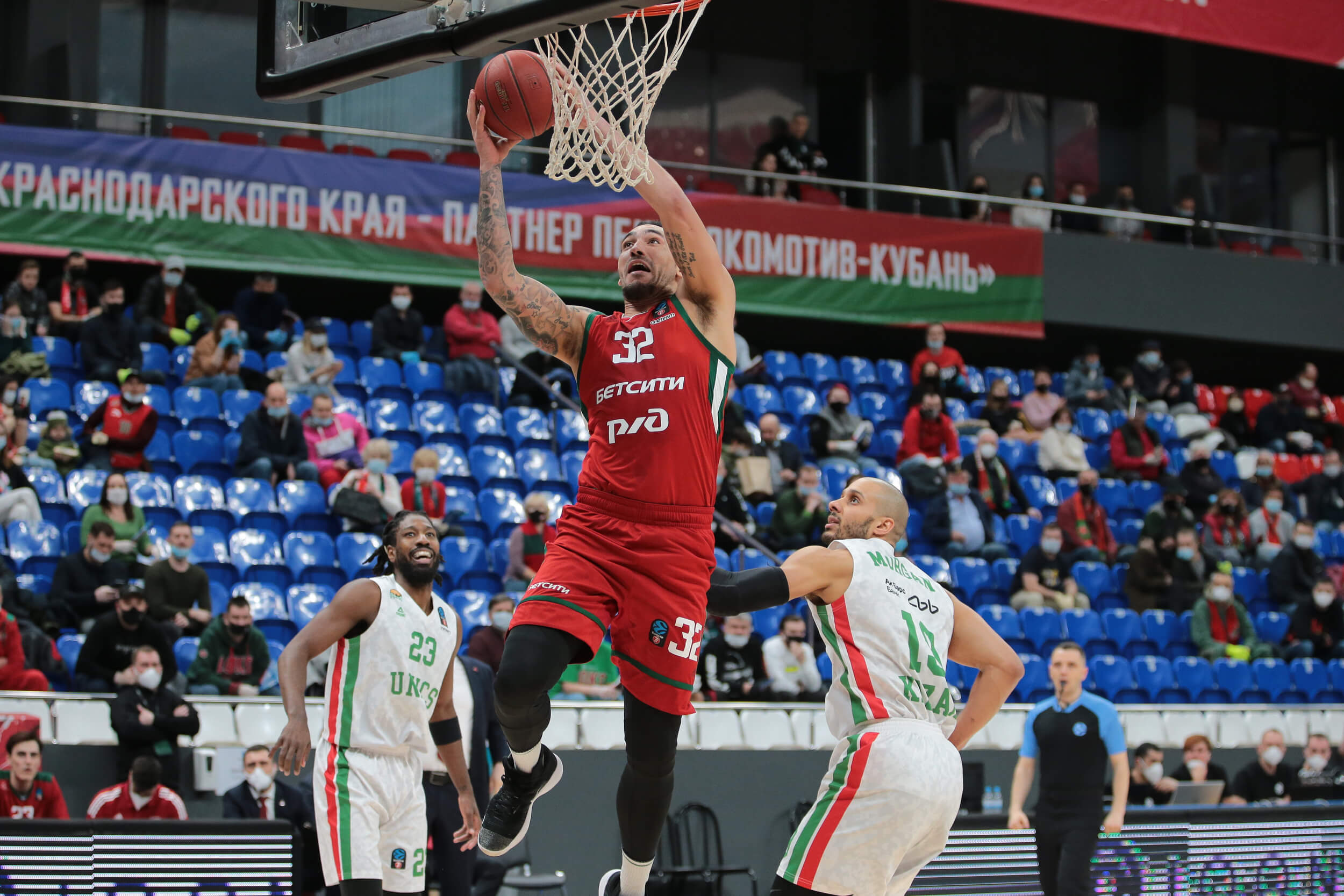 The second quarter started with a three-pointer from Williams-Goss and a good layup from Kalnietis. UNICS in the opening minutes of the quarter responded with Brown’s shots. Couldn’t find himself at the start of the match Drew Gordon, but after a good pass from Williams-Goss he scored and one and perked up a bit. So did Kevin Hervey, who pounded a powerful dunk through John Holland. It was no longer possible to stop Kalnietis, after another three of which Priftis took a second time-out in the match. Loko was just gaining momentum and scored several important shots at the end of the first half. The red-greens looked good in defense and conceded only eleven points in the second quarter. The teams left for the half time with the score 45:31 in favor of Loko.

The calm before the storm

The second half started with a couple of offensive fouls and inaccurate shots from both sides. The teams were nervous, but Loko caught the rhythm faster and scored important points. UNICS responded with Holland’s three, but the red-greens looked solid in defense and did not allow the guests to be particularly active. Williams-Goss looked great, together with Kalnietis they scored 36 points for two by the middle of the third quarter. The whole team worked as a single mechanism, we can’t say otherwise. UNICS was not as effective as in the first match scoring three-pointers, and in the three-second zone they were simply not allowed to play. The guests played at the expense of White, Smith and Holland, the rest were closed. Two minutes before the end of the quarter, the guests’ head coach took another time-out, because Loko’s advantage reached twenty points. UNICS pulled himself together after this pause and managed to narrow the gap a bit before the fourth quarter – 67:51.

The decisive quarter kicked off with a 7:0 run00 from UNICS and a number of mistakes from the red-greens. The team tried to regain the rhythm of the game, but the guests felt more and more confident. The difference in the score was narrowing with every minute, the atmosphere on the court was getting more and more tense. And yet, the three-pointers of Kuzminskas and Williams-Goss, as well as the Gordon’s play in defense, made it possible to return to a more or less calm thirteen points of advantage. Active actions of Kuzminskas in the second half contributed significantly to the overall success of the team in this important match, because in the first half Mindaugas scored only two points. There were a lot of nerves and fouls in the last minutes, but Loko managed to keep bringing the match to victory and won with a score of 86:74. The third match, in which the EuroCup semi-finalist will be determined, will take place on March 31 in Kazan.

Full statistics are available on the official Eurocup website at the link.